-My name is Terri Yonemura. I came to Dr. Listiak because I was having two years of non-epileptic seizures. I’ve had to wear foot braces and I’ve spent two years in doctor’s offices, mainly. After one treatment for my chronic foot pain, I went home and was able to wiggle my toes for the first time in probably over a year. I don’t know what other people would think but I thought it was really exciting. It felt really good to… so I’m going to hope that I can eventually get out of my brace and walk normal and feel better.

-I’m Terri Yonemura and I’ve been with Dr. Listiak for about a week now. My whole office is buzzing about the change in my color and stability. I’m not limping as bad and I haven’t had a seizure in… I’ve only had one in the past week. Last night, and the night before, I slept through the night and woke up refreshed instead of waking up in pain. Not only do I feel great, my family is noticing it, and my whole work environment is going “what is going on?” I’m excited.

(That is fantastic, and before how many seizures did you used to have in a week?)
In a week, [I would have] about five or sometimes more.
(And you’ve only had one now.)
I’ve only had one, in the past week.
(Wow. And how long has it been since you’ve had a good night’s sleep?)
About two years.
(Wow. So this is wonderful.)
I’m excited. I can’t wait.

-Hi, I’m Terri Yonemura. I’ve been with Dr. Listiak for a few weeks now. As of tomorrow, I will have been two weeks without a seizure. Before that I was averaging about three to five per week. And then before meds I was having up to ten a day. I’m excited and I’m looking to wearing boots and not having [to wear] a foot brace.

-I’m Terri Yonemura and as of this weekend, I’ve been sixteen days seizure free. We’re analyzing whether or not I have a continued need to take my seizure meds. We’ve been tapering off and we’re almost to the point that I, as of this week, won’t be on any seizure meds whatsoever. I have nurses in my office who are commenting about how they’re fearing for me on a daily basis, looking at the shakiness and the skin tone, knowing that my overall health was going down, down, down. They’re so pleased with the progress that I’ve made in just a few short weeks.
I’m Richard, Terri’s husband. I can attest to the amount of progress she’s made in the last three weeks. More progress than anything she did with going to doctors of medicine for the last two years. It’s been terrific.

-I also wanted to mention that as of Friday, I took my foot brace off that I’ve been in for almost a year now. I went all weekend and today to work with no foot brace and no issues with stumbling or falling. My next long term goal is to be able to drive again. My husband would probably say it’d be cool because he doesn’t always want to have to go to the grocery store with me.

-Hi, my name is Terri Yonemura. This week I’ve noticed that the numbness I’ve had in my left thumb that I’ve had for almost two years now has almost completely dissipated. I woke up two years ago numb, from the top of my head down the left side. Everything came back except my thumb. It felt like a rubber band was tied around my thumb so it was really exciting for me this week to find that I’m getting [feeling back]. It feels like the rubber band has been cut off. Also, as a child, I had numerous issues with ingrown toenails. [It was] even to the point that the doctors said I had gangrene running up the bottom of my foot. I had numerous surgeries on my left toenail and it had been completely removed, the bone scraped for no re-growth. But I’ve noticed just in the last week that, right in the dead center, I’m getting a little bit of re-growth. I feel like everything is healing and starting to repair itself. I’m all excited.

-I’m Terri Yonemura. As of this past Saturday I’ve been seizure free for over four weeks, since I’ve been with Dr. Listiak. An added bonus was that I fought the dreaded flue last week but it kept me down very minimally. As of Saturday, I also had a sense of smell, which I haven’t had in well over a year or possibly in a year and a half. [Even before then] it was very sporadic. I got to smell some herbal tea today and it smelled really good. 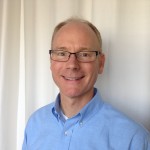 Dr. Jeff Listiak grew up in San Diego, California. After graduating from high school as Valedictorian, he attended the University of Pennsylvania on a Navy scholarship. He graduated in 1991 with a … END_OF_DOCUMENT_TOKEN_TO_BE_REPLACED

Success Stories From Your City